Metro Water District . . . After nearly being electrocuted, a Metro Water employee is fired—and the risk-management specialist resigns in protest 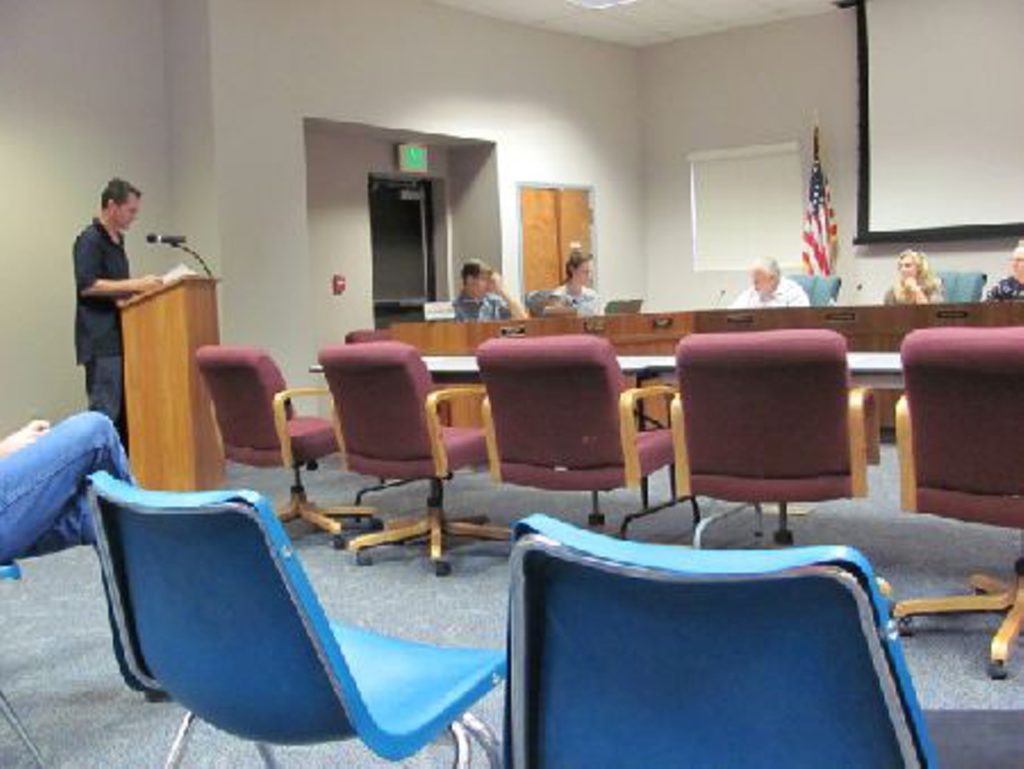 He was fired the next day.

Metro’s risk-management specialist, Janet Gallup, then resigned in protest. A state investigation is now under way.

Speaking to the board of the water district—which serves about 50,000 people in the northwest, northeast and southwest areas of metro Tucson, according to its website—Hemway on Aug. 13 said he was nearly electrocuted on May 10, when he became drenched while working in a live, 480-volt cabinet at Metro’s DeConcini well site. A single father, Hemway had worked for Metro Water District for almost six years.

“I was nearly killed,” Hemway told the board. “I have concern for the safety of my co-workers as well as my own.”

Hemway had been ordered to do a pump-efficiency test by deputy manager Chris Hill, and he believes that Hill’s change in normal test procedure is what triggered the accident.

This was not the deputy manager’s first possible misadventure. In an incident last year, Gallup said, she asked general manager Mark Stratton to discipline Hill for ordering employees to work in a trench that had not been shored up, a violation of safety rules.

Stratton responded that Gallup “was a cancer at Metro Water District.”

Gallup, who was also Metro’s chief safety officer, said she was reprimanded for reporting to the Arizona Division of Occupational Safety and Health, or ADOSH, that a contractor was forcing employees to work in unprotected trenches.

An ADOSH investigation of Hemway’s near-electrocution is under way. ADOSH’s Tucson office told the Tucson Weekly that it could not comment while an investigation is in progress.

Hemway claimed that supervisors on the scene failed to report the accident to the company’s risk-management officer. Gallup confirmed that and said that Hemway’s firing was “a major blow” to Metro Water District after he “did so much to improve their electrical system.”

Insomnia has plagued Hemway since the near-electrocution and helped lead to threats of discipline for absenteeism, even as Metro’s employee-assistance program was reportedly recommending medical leave for him. Hemway had received only one disciplinary warning letter prior to the accident, but after it occurred, he received four more.

Stratton issued a written rebuttal to Hemway’s charges on Sept. 7, available online at www.metrowater.com, for the Sept. 10 board meeting. Denying any violation of safety procedures, Stratton said Metro Water District  had acted “in an appropriate manner,” including requiring employee sign-off of a “hazard awareness form.”

Stratton wrote that a hose rupture involved with the accident occurred because a 200 PSI (pounds per square inch) hose had been replaced with a 50 PSI hose. How that happened is not explained. He also said that “corrective action” has been taken to avoid similar incidents, and that this change “eliminated the need to follow up.”

Stratton and Hill did not return the Weekly’s phone calls.

Metro Water District‘s security and safety procedures involve the use of video cameras, and the entire incident was recorded. The original video, however, was lost, according to Stratton, and a second download came up four minutes short. Stratton said that the shortened version begins just before the hose rupture and shows Hemway wet.

The letter of termination from Stratton, received the day after the Aug. 13 board meeting, charged Hemway with “blatant disregard of policies” and “excessive absenteeism.” In his report to the board, Stratton added a charge of “continued insubordination.”

Gallup told the Weekly that Hemway “certainly has a valid stress claim” and that Metro Water District was “trying to sweep it under the rug.”

Stratton’s response claims that management has been “professional” and that Hemway has no “substantive proof of any wrong-doing,” so no board action is required.

Gallup, who said she’d finally “had it” with Metro Water District after six years, added: “When management isn’t following the rules, there is a big problem. I believe Metro Water District has a duty to provide honesty, integrity and safety to its ratepayers and employees.”

Dave Devine contributed to this article.